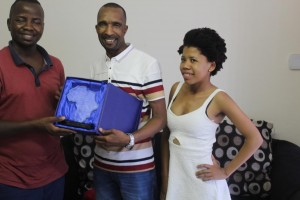 Ndolwane passed away in his homeland in Zimbabwe this past weekend. He was 39.

“I learnt with utter shock the death of one of the longest-serving desk editors at CAJ News Africa,” Kwinika stated.

The award-winning Ndolwane will best be remembered for his prominent role in the organisation’s decorated reign as the continent’s prime Pan African news agency.

He also led the foray into CAJ News Africa’ regional expansion exercise, the most prominent being the twinning agreement with Kenya’s Radio Africa Group in 2016.

Condolences have been pouring in since the announcement of his death.

Ndolwane was laid to rest on Tuesday at Luveve cemetery in Bulawayo, Zimbabwe. He is survived by wife and two children.