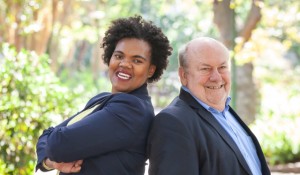 by TINTSWALO BALOYI
JOHANNESBURG – AN international cyber-security specialist has warned South African stakeholders to step up their efforts to mitigate risk posed by online attacks, sabotage and espionage impacting industrial and mining facilities.

GECI has issued the warning as it launches its portfolio of cyber-security solutions in South Africa.

South Africa is the company’s first base in the continent.

Citing attacks on major enterprises, power plants and nuclear facilities, Bergen said the increasing connectedness of industrial plants is putting them at greater risk of attack.

Yet, not all Operational Technology (OT) specialists were as aware as Information Technology (IT) professionals of the importance of cyber-security.

“Cyber-war and cyber crime could happen to anyone. It’s a pandemic,” Bergen said.

GECI has provided global solutions to manufacturers and consumers in the fields of aerospace, transportation, energy, petrochemicals, infrastructure, IT and telecommunications for over 40 years.

“For example, we see local industrial players saying their own risk assessment exercises have found a huge amount of data leakage taking place,” she said.

This, coupled with inadequate access controls at plants, presents significant vulnerabilities which could be misused to devastating effect.

Mgwebile said in many industrial environments, IT and operations are still run in siloes.