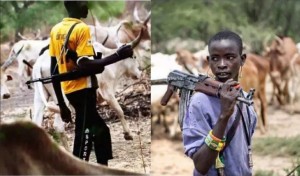 from EMEKA OKONKWO in Abuja, Nigeria
ABUJA – THE United Kingdom (UK) is concerned at the impact of climate change that is driving deadly violence between farmers and livestock herders in Nigeria.

Clashes between the two groups over declining land and water resources have left an estimated 10 000 people dead in the last decade, almost half of them in the last two years.

UK Foreign Secretary, Jeremy Hunt, expressed concern at the bloodbath as he announced the commitment of £153 million (R2,8 billion) by the UK for some new major aid programmes to help millions of farmers across Africa and South Asia.

“We know that if we don’t work together to tackle climate change it will have a catastrophic impact on hundreds of millions of people across Nigeria, the Sahel and more widely across Africa, and indeed the world,” Hunt said in Abuja.

He said 9,6 million people living in Nigeria and the Sahel region could not reliably get food and nearly 40 percent of people there live on less than a $2 (R28) a day.

In addition, countries across the Sahel are among the most exposed to climate change.

Desertification and land degradation caused by climate change have contributed to extreme poverty, one of the drivers of terrorism.

“We need to prevent the escalation of conflict and instability by tackling the root causes. Africa cannot be left to manage this crisis alone,” Hunt said.

Tags : Dwindling grazing pastures is the source of increased conflicts between Nigeria's Fulani herdsmen and other communities