How the West influenced overthrow of Sudanese president

from RAJI BASHIR in Khartoum, Sudan
KHARTOUM – A PLOY by influential Western nations and their allies to destabilise Sudan and effect regime change has been unearthed, amid reports now-ousted President, Omar al-Bashir ignored warnings by experts about the threat of a revolution in the country. 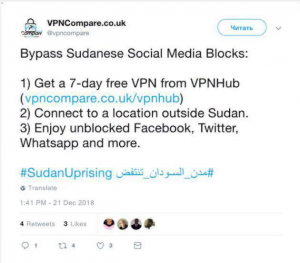 Findings indicate that Western nations influenced the massive demonstrations that led to the overthrow of the longtime leader by providing demonstrators with financial, technical and information support.

Besieged by the demonstrators, the army eventually overthrew al-Bashir after multiple months of protests, ending his almost 30 years in power.

Links between opposition parties and pressure groups to the West have emerged.

Among these parties is the Sudanese Congress Party (SCP), a western-sponsored organisation.

As part of the links, it has emerged the party’s online platform, including Facebook, is administered from abroad. Officials from several countries including Britain, France and Saudi Arabia allegedly manage the account. 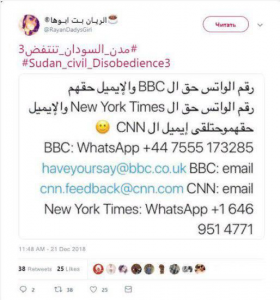 Another opposition, the Nation Party headed by Sadi al-Mahdi, has its page is allegedly run by officials from Saudi Arabia, United Kingdom (UK) and United States of America (USA) among others.

Pressure groups also benefitted from links with the West and Saudi Arabia. These include the Sudanese Community for Professionals and Sudan Civil Disobedience Movement.

There was support for protesters near respective Sudan embassies in France, Germany, US and UK among others.

Influential western media is also being accused of playing a familiar role.

Among the most prominent images and videos these media widely circulated include that of a young woman identified as Ela Salah, seen atop a roof of a car, as well as a protester holding what looked like a stone and waving fingers as a sign of victory.

Political scientists believe these were distributed by media and Western strategists as a symbol of the Sudanese revolution.

Such ploys are seen as an attempt by the West to retain influence in Sudan, a country that is rich in resources, mainly oil.

Meanwhile, apparently, al-Bashir snubbed advice by Russian experts on how to revive and manage the economy.

The advisers had been working with the Fund for the Protection of National Values.

Among other measures, the advisers recommended that authorities ensure that political leaders must not loot state money.

Al-Bashir’s government was advised to alter the exchange rate and tighten controls on gold and export revenues. This is the Sudanese Pound continued losing value.

Instead of appointing liberal economist Tariq Chalabi as Minister for Finance and Economic Development, al-Bashir appointed Moataz Moussa instead, against Russian advice.

The spiraling economic problems is widely believed to have led to al-Bashir’s eventual ouster.

Initially, people came to the streets in protest against the increase of bread prices but the peaceful demonstrations turned into riots after the state security personnel reacted brutally.

More than 100 people were killed in the major cities and scores others arrested during the crackdown. The toll includes deaths from earlier protests.

Al-Bashir resisted calls for his resignation and appeared to adopt measures to address the economic issues.

In power since 1989, al-Bashir was ousted in a coup on the 11th as a result of the so-called Drum Revolution and taken under house arrest pending the formation of a transitional council.