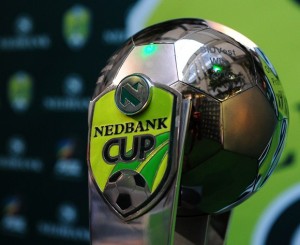 by SAVIOUS KWINIKA
JOHANNESBURG – THE curtain officially comes down the South African Premiership this coming weekend with the Nedbank Cup final between Kaizer Chiefs and lower division side, TS Galaxy, at the Moses Mabhidha Stadium in Durban.

It is the only trophy on offer after Mamelodi Sundowns defended their league title last Saturday.

Amakhosi as Kaizer Chiefs is affectionately known in football finished a disappointing ninth and are eager to redeem their glory against giant killers TS Galaxy.

A defeat on Saturday would spell doom on Chiefs’ worst spell in years.

Hardworking captain Willard Katsande is to direct all operations in midfield with the support of George Maluleka and Siphelele Ntshangase to curb a TS Galaxy shock.

In defence, Daniel Cardoso, Lorenzo Gordinho, Teenage Hadebe, Siphosakhe Ntiya-Ntiya and Ramahlwe Mphahlele must be at their best to protect either Bruce Bvuma or Daniel Akpeyi in goals for Amakhosi.

The annual Premier Soccer League awards will follow the match.

There is still plenty of football ahead with the African Cup of Nations in Egypt and Council of Southern Africa Football Associations (COSAFA) Cup following the ABSA premiership break.