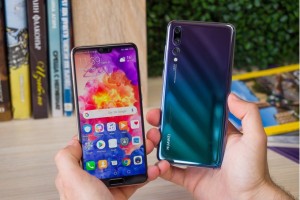 Huawei, the leading smartphone maker is caught in the middle of America’s trade war with China, where it is headquartered.

US firm, Google, has indefinitely suspended its business relationship with the Chinese smartphone brand.

Thus, Huawei will no longer be able to offer new customers access to Google’s Android operating system while current Huawei customers will not be able to download future Android system updates.

This has sparked panic and speculation among local users.

Michiel Huisamen, WASPA Board Member, pointed out consumers could return their Huawei phones to local network operators or retailers because these firms were protected by the legal concept of ‘force major’ which means sellers could not be held liable for external events out of their immediate control.

WASPA offered some advice amid the storm.

“On long-term solutions to the current Huawei quandary, and similar future ones like it, WASPA believes local mobile users should continue to enjoy global mobile technology options, while also supporting the development of African-made mobile technology,” it stated.

WASPA said there was some glimmer of hope on the horizon for local mobile users wanting to continue enjoying WASPA’s member-developed content and applications on their Huawei smartphones.

Firstly, WAPSA noted, Huawei has been granted some reprieve in the form of a three-month Android license.

Huawei has also been refining its own operating system for the past several years.

Google recently confirmed that all Huawei devices currently in use will still have access to Google Play which means continued app updates.

Huawei could update all existing phones to the open source version of Android which is not impacted by the trade war between the US and China.