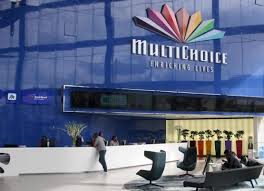 by SAVIOUS KWINIKA
JOHANNESBURG – THE loss of thousands of jobs, partly because of digitilisation, in South Africa in recent days, does not augur well for employment creation in the short term in the continent’s most advanced economy.

This is according to an economist days after a broadcasting and pay television firm, as well as a bank, announced combined job cuts of over 3 200.

Multichoice, whose customers are increasingly using digital means to communicate with the company, announced this weekend’s that over 2 000 employees in their call and customer service centres might face retrenchment.

Standard Bank, one of the country’s biggest finance houses, announced the closure of a number of branches affecting about 1 200 jobs.

Siobhan Redford, economist at the Rand Merchant Bank (RMB), said while the increased use of digitalisation by customers was likely a significant contributing factor, it was possibly not the only factor as competition in these industries was increasingly coming from competitors using non-traditional business models.

“The timing of these announcements cannot be ignored either as they come in the wake of the weakest first quarter economic growth seen in over a decade in South Africa,” Redford said.

The expert added, “This does not bode well for unemployment figures for the second and third quarter of 2019 as consumers remain under pressure.”

The setback comes amid fears increasing digitalisation is raising fears of more job losses as it makes some roles performed by humans redundant.