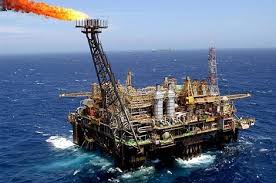 from PEDRO AGOSTO in Luanda, Angola
LUANDA – BALLOONING government debt, downward revision of the country’s economic growth as well as a plummeting oil industry, the Angolan economy is in dire straits.

A government led by a president that came to power on a campaign premised offering Angolans an “economic miracle” is exacerbating this nightmare through disregard of the rule of law.

Africa’s second-largest producer of crude oil was poised for a new dawn in September 2017 following the election of Joao Lourenco, succeeding José Eduardo dos Santos, in power for 38 years.

More than 20 months later, the miracle he pledged has degenerated into an economic disaster.

Government debt has soared to over 80 percent of the Southern African country’s gross domestic product (GDP).

At a time Angola still suffers the aftermath of lower oil prices and production levels, crude oil production is projected to drop from current levels of 1, 6 million barrels per day (bpd) to 0,7 million bpd.

Already, production is 12 percent lower than the past decade.

Jose Massano, Governor of the National Bank of Angola, recently admitted the reliance on oil was unsustainable. The oil industry contributes a third of GDP and accounts for more than 90 percent of exports.

“We can no longer depend on oil,” he said.

From January 2018 to June 2019, Angola’s Kwanza currency lost 105 percent of its purchasing capacity against the United States Dollar and over 107 percent against the Euro.

Overall, the country’s growth forecast has been revised down from 2,8 percent to 0,3 percent.

This comes amid failure to diversify the economy from an over-reliance on oil.

The recent Angola Oil and Gas Conference, the country’s first such summit, was seen a desperate measure by government to garner investments into the struggling industry.

“Angola aims to intensify the replacement of reserves in order to smooth the deep decline of oil production, ensure self-sufficiency in refined products by building new refineries and increase national production capacity,” Lourenco said at the opening ceremony.

The failure to diversify contradicts Lourenco’s pledge to overhaul the economy and eradicate corruption.

Efforts by the new leader to fight corruption and nepotism, which was the hallmark of dos Santos’ lengthy rule have become a ploy to purge government of loyalists to the former president, according to critics.

“The president is preoccupied in entrenching his power and his government is complicit in the economic decline,” said analyst Miguel Sanz.

Formerly a defence minister, Lourenco has resisted calls to change the constitution to reduce his powers. His loyalists occupy key army and security services positions.

Critics say the administration has compromised the independence of the courts and disregarded the rule of law.

“This is diabolic in a country yearning for much-needed investment,” Sanz said.

He projected the economic malaise and political developments could impact of the ruling People’s Movement for the Liberation of Angola (MPLA) in next year’s local elections.

It has been in power since independence from Portugal in 1975.

Support for the MPLA has declined from 82 percent in 2008 to 61 percent in the parliamentary elections staged in 2017.

“A majority of Angolans are searing under the burden of poverty, hence the slump in support of MPLA. The decline looks likely to persist in the local elections under current circumstances,” Sanz said.

The main threat in the poll will again come from National Union for the Total Independence of Angola (UNITA), another revolutionary party-cum-opposition.

Angola’s unemployment rate is estimated at 20 percent. Poverty is at two-thirds of the country’s population of 30 million living on less than $2 dollars per day.