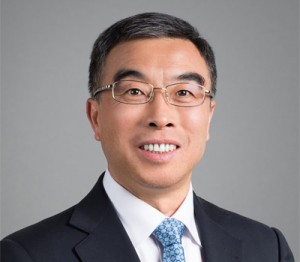 by SAVIOUS KWINIKA
JOHANNESBURG – HUAWEI has defied ongoing restrictions to record revenue growth of over 23 percent to CNY401,3 billion (US$58,3 billion) for the first half of 2019.

The company’s net profit margin for the period was 8,7 percent.

Huawei’s Chairman, Liang Hua, stated that operations were smooth and the organisation is as sound as ever.

With effective management and excellent performance across all financial indicators, Huawei’s business has remained robust in the first half of 2019.

“Revenue grew fast up through May. Given the foundation we laid in the first half of the year, we continue to see growth even after we were added to the entity list,” Hua said.

He however noted difficulties lay ahead.

“We do (have challenges) and they may affect the pace of our growth in the short term.”

“But we will stay the course,” Hua assured.

He disclosed the company would invest CNY120 billion in research and development (R&D) this year.

“We are fully confident in what the future holds, and we will continue investing as planned. We’ll get through these challenges, and we’re confident that Huawei will enter a new stage of growth after the worst of this is behind us,” Hua said.

During the reporting period, Huawei’s carrier business’ revenue reached CNY146,5 billion. To date, Huawei has secured 50 commercial 5G contracts and has shipped more than 150,000 base stations to markets around the world.

The United States has slapped the Chinese firm with controversial restrictions. Various US-based companies have frozen their business with Huawei to comply with the regulations.