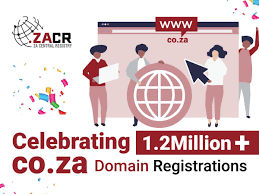 “We are proud to continue to diligently fulfill the trust bestowed upon us by the ICT industry including our invaluable Registrar and Reseller partners and the South African Internet community to look after South African domain names such as co.za,” said Lucky Masilela, ZACR Chief Executive Officer.

In 2014, ZACR added the .capetown, .joburg and .durban domains. They have notched up some 12 000 registrations.

Recognising that the Fourth Industrial Revolution (4IR) will be a knowledge-based transformation, ZACR urged South Africa’s youth to register and secure their domain names as a way of owning their digital presence.

ZACR’s subsidiary, Registry Africa, is also the administrator of the dotAfrica (.africa) geographic Top Level Domain (gTLD), which ZACR says is making an impact on Africa’s presence in cyberspace.