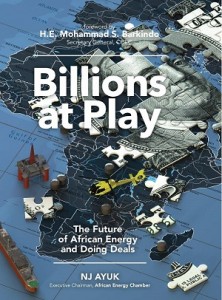 KIERAN ARCHER
THE phrase ‘resource curse’ is widely used in political economy to describe the situation where natural resources such as petroleum, diamonds or precious metals are exploited by foreign investors, usually to the benefit of a small number of native overlords and with damaging consequences for local communities or the environment.

Also known as the ‘paradox of plenty’, it has been identified in many African countries, where hugely valuable oil and gas resources have created large profits for oil companies, with local wealth-creation being limited to a few indigenous chiefs and politicians.

In contrast to the enrichment of the offshore bank accounts of a select few, the damaging impacts on many more people in the local communities have been severe, ranging from health and environmental implications of pollution and gas-flaring, and
to war and political upheaval, to competitive consequences for traditional employment sectors such as fishing and farming.

This broad-ranging new book from NJ Ayuk addresses the future of African oil and asks whether it is fated to always be a resource curse or if it can be managed in such a manner as to become a blessing for many African citizens.

Mr Ayuk is a Cameroon-born, American educated lawyer who is CEO of a Pan-African law group and has spent a lifetime negotiating resource extraction deals between international oil companies and a variety of African states.

He analyses the history to date of petroleum exploitation across the continent and cites a litany of greed, corruption and ineptitude in countries such as Nigeria, Angola and Libya, as well as amongst some of the major players in the industry.

He does not pull his punches and is direct in allocating blame to the rent-seeking few for the sufferings of the impoverished many.

Optimism and Ideas
However, the book is not defeatist and Mr Ayuk’s optimism for alternative means of managing resources in the future shines through.

He focuses on many initiatives which could be harnessed to ensure that energy resources are employed for transforming the lives of millions of Africans.

These vary from the invaluable role which women could play in managing the benefits of oil and gas, to the need for local companies to gain access to marginal fields development programmes, and to minimising the wastage of natural gas through flaring.

He uses examples of innovative deals being negotiated by countries such as Senegal, Mauritania, Uganda and Equatorial Guinea, who will be the new generation of petroleum-producing nations in Africa, to optimise the benefits of energy resources for their local communities and national economies.

Ayuk roams widely over a number of issues which are linked to the future of African oil.

Oil and gas in Africa – resource curse or blessing?

These include the need for oil companies to purchase local content and to demonstrate their corporate social responsibility agendas through support for indigenous communities.

He also focuses on the critical deficiencies in African state electricity suppliers, citing the lack of reliable electricity in many African countries as a key reason behind developmental failings.

He argues convincingly for a strategy of ‘gas to power’ as a multi-headed approach to reducing energy wastage, reducing external expenditure on unnecessary imports and supporting technological development which depends on reliable power supplies.

Although not an academic treatise, this book is comprehensive and well-researched, with copious sources across multiple disciplines.

It is eminently readable and would be of interest to anybody with an interest in the political economy of emerging nations. It would be particularly instructive to oil industry professionals who are keen to understand some of the dynamics of development in contemporary Africa.

Deal-makers seeking a manual for negotiations over oil revenues might be somewhat disappointed that the sub-title of the book (‘The Future of African Oil and Doing Deals’) is not realised very fully.

The section on deal-making is limited to about 14 pages, but it does contain some passionately-held views, which Ayuk imparts to the new generations of dealmakers in Africa: “Each one of us has a mandate to use our education to impact communities and to promote economic growth and empowerment… Use your skills to make sure that every day Africans receive their fair share of the benefits the continent’s natural resources can provide.”