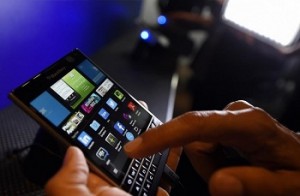 by SAVIOUS KWINIKA
JOHANNESBURG – SOUTH Africa’s leading mobile network operators have expressed disquiet at the order by the country’s Competition Commission on service providers reduce the price of data or face prosecution.

The commission gave the order on Monday, arguing data prices were excessive.

MTN and Vodacom dominate the market.

In a statement on Monday, MTN absolved the operators from blame, arguing for more than a decade, government and regulators had failed to release the spectrum that the mobile industry had critically required to bring down the cost to communicate.

“To simply lay the blame for data costs at the foot of the operators is wrong,” MTN stated.

It disclosed it had to compensate for the lack of spectrum by spending over R50 billion in the last five years to build a world-class network for all South Africans, covering over 95 percent of the population with 4G coverage, without any 4G spectrum having been allocated.

The company stated that to counter this suffocating lack of spectrum, MTN SA has had to be innovative with the little spectrum it has, resulting in significant “refarming” of spectrum to allow it to keep both 3G and 4G coverage connect the unconnected.

The company stated the R50 billion it had invested in its infrastructure in the past five years was unsustainable.

“We agree that costs must continue to fall and competition needs to grow. However, the risk is that by breaking the required spectrum into too small chunks or to create middlemen, operators will lose the ability to deliver networks that are economically viable and efficient – telecoms is a scale business,” Motsa said.

Vodacom, in its statement, also noted the continuous delays in allocating available spectrum.

The company said it had consistently stated that delayed spectrum allocation had impacted the rate at which data prices could have fallen.

Vodacom stated it had reduced the effective price of data by circa 50 percent since March 2016.