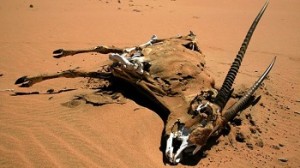 from PEDRO AGOSTO in Luanda, Angola
LUANDA – THE severe food insecurity in Southern Africa has triggered numerous crises including child labour, child trafficking, early marriage and transactional sex that could lead to an HIV catastrophe.

United Nations’ Office for the Coordination of Humanitarian Affairs (UNOCHA) stated that in several affected countries, women engaging in transactional sex to help their families survive had reported that men would pay more for intimacy without protection.

“The region is at serious risk of backsliding in its fight against HIV/AIDS as a result of these shocks,” a UNOCHA spokesperson said in Angola.

In the face of severe water shortages, women and girls are reportedly struggling to maintain menstrual hygiene, undermining their health and dignity.

Rising food and nutrition insecurity are increasing the risk of displacement, school drop-outs and gender-based violence.

School-aged girls are facing the biggest risk of dropping out or missing class as they search for water, food and firewood for their families.

Southern Africa is worst impacted by global warming. It is warming at about twice the global rate.