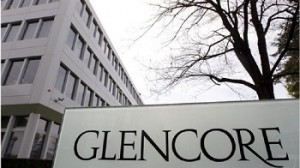 from JEAN KASSONGO in Kinshasa, DRC
KINSHASA – A BRITISH probe into alleged bribery incriminating a global mining and commodity trading group is the latest setback for the company already beset by scandals in the continent.

The United Kingdom’s (UK’s) Serious Fraud Office’s (SFO’s) investigation of Glencore is also set to lift the lid on the controversial friendship between Israeli billionaire, Dan Gertler, and Joseph Kabila, who was president of the Democratic Republic of Congo (2001 to 2017) when some of improprieties allegedly occurred.

The anti corruption agency said it was investigating suspicions of bribery in the conduct of business by the Glencore group of companies, its officials, employees, agents and associated individuals.

“As this is a live investigation we cannot comment further,” SFO stated.

The imminent inquiry in the UK follows media reports in May last year that the SFO was planning investigations into Glencore and its ties with the two controversial men.

Gertler has been a partner with Glencore International, the largest company in Switzerland and the world’s largest commodities trading company (Revenues of US$219,75 billion in 2018). One of their mines is Mutanda in the Katanga Province.

Gertler (aged 45), has a bad reputation in the conflict-torn DRC, where his deals have been under scrutiny by the International Monetary Fund (IMF) and the World Bank since 2012.

Earlier, an investigation by the United Nations (UN) concluded he secured a monopoly on the country’s diamonds from Kabila in exchange of weapons worth $20 million for the national army against rampaging rebel groups in DRC.

Companies linked to Gertler have in the past reportedly deprived the country of over $1,3 billion on potential revenue in murky deals.

Glencore was sucked into the sleaze in 2017, when documents forming part of the Panama Papers probes indicated the Swiss company clandestinely loaned vast millions of dollars to the businessman to acquire a contentious mining agreement in the DRC.

The company has confirmed knowledge of the probe in the UK.

“Glencore will co-operate with the SFO investigation,” the firm stated.

Glencore is synonymous with controversy since its founding by Marc Rich (now late) in 1974, nine years before he was indicted in what was described then as the biggest tax evasion case in US history.

Bill Clinton, the then-US President, granted him a controversial pardon in his last day in office on January 2001.

Last year, the current government of Donald Trump resumed investigations against the deceased’s fraught company for alleged money laundering and corruption in DRC, Nigeria and Venezuela.

Trump’s administration has since blocked all of Gertler’s assets that were under US jurisdiction.

It is believed the imposition of the sanctions influenced Kabila against standing for re-election, paving way for Felix Tshisekedi to win the subsequent poll.

Most recently, in April this year, the US Commodity Futures Trading Commission assumed investigations into whether the company violated parts of the Commodity Exchange Act, or regulations concerning corrupt practices related to commodities.