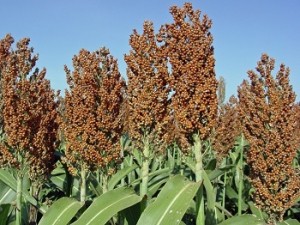 from MARCUS MUSHONGA in Harare, Zimbabwe
HARARE – HALF of Zimbabwe’s population enduring hunger faces a bleak future amid fears humanitarian agencies’ food reserves could run out in February.

The aid agencies are battling lack of funds for relief operations.

Eight million people are in danger of the crisis triggered by prolonged drought and economic crisis.

The United Nations’ World Food Programme (WFP) needs US$200 million (R2,8 billion) for its emergency response in the first half of 2020 alone.

“As things stand, we will run out of food by end of February,” warned Niels Balzer, WFP’s Deputy Director in Zimbabwe.

The imminent shortage coincides with the peak of the hunger season when needs are at their highest, Balzer noted.

“Firm pledges are urgently needed as it can take up to three months for funding commitments to become food on people’s tables.”

As much of Southern Africa face decreased yields after drought and floods, nearly 200 000 tonnes WFP needs must be sourced overseas, shipped to neighbouring South Africa or Mozambique and moved by road into land-locked Zimbabwe.

“It is essential that we receive the funding to be able to fully deliver. The lives of so many depend on this,” Balzer said.

Years of drought have slashed food production in Zimbabwe, once an African breadbasket.

Runaway inflation has pushed the prices of basic commodities beyond the reach of millions.

Bread now costs 20 times more than six months ago. The price of maize has tripled.

Deepening hardships are forcing families to eat less, skip meals and take children out of school.