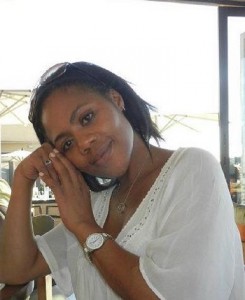 The company, Avon Justine, has kicked off the initiative by recognising Dr Lillian Dube’s efforts to raise awareness of the ailment in South Africa.

The gesture is the first in a series of events that Avon Justine will be hosting in line with its breast cancer promise which outlines the importance of ensuring that all women in the country know about breast cancer and understand their screening options.

A global breast cancer study by Avon in numerous countries, including South Africa, reported that two-fifths of women know the early signs.

“This indicates that there is still a need for massive education and awareness across the country,” said Bridget Bhengu, Corporate Communications Director at Avon Justine.

She disclosed the company had raised over R23 million towards breast cancer education and awareness since 2001 and is committed to ensuring that no woman is left in the dark about the disease.

It is the leading type of cancer affecting women in South Africa.

“As such we work with a number of strategic non-profit organisations as part of our continued campaign to help increase early detection in our communities as well as support breast cancer patients and survivors,” Bhengu added.

The organisation works with the Cancer Association of South Africa (CANSA), Wings of Hope, Look Good… Feel Better (LGFB) and Journeysys to this end.

The programme is estimated to have reached more than 50 000 women during this period.

With LGFB, Avon Justine provides products for their nationwide workshops with cancer patients.

The programme enables cancer patients to learn about which products are safe to use during treatment and furthermore how to use these products to beautify themselves in a way that reduces the visual effect of their condition.

More than 46 000 women have attended the LGFB workshops. Wings of Hope, a breast cancer support group run by breast cancer survivors, holds public meetings throughout the year to assist patients and their families.

Avon Justine has been supporting the organisation’s programme over the last three years.

The company has recently started supporting Journeys, which has a broader scope as it seeks to holistically address issues around breast cancer from diagnoses through to post treatment care and lifestyle factors.