March 25, 2020 11:58 am by: administrator Category: BUSINESS, Featured, Governance, Investing, IT Security, Technology Leave a comment A+ / A- 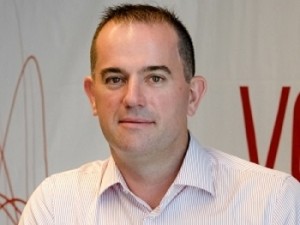 by AKANI CHAUKE
JOHANNESBURG – SOUTHAfrican organisations are struggling more than ever to manage their data.

According to the latest South Africa Databerg 2020 report from Veritas Technologies almost half (49 percent) of enterprise data is now considered ‘dark’ (unclassified and untagged).

This is an increase from 41 percent since last year.

He said while just a small portion is visible, nearly 90 percent is obscured; a danger that lies in wait for businesses that fail to recognise its presence.

“Unless businesses can address this ‘Databerg’, they could face a magnitude of challenges from cost to compliance,” McMurdo said.

In addition to the growth of ‘dark’ data, the Veritas report revealed that the percentage of data which is Redundant, Obsolete and Trivial (ROT) data has also risen in the last year from 31 percent to 40 percent.

This growth may, in part, be attributed to South African companies sending more data to the cloud than ever before – up to 46 percent from 39 percent last year – seemingly without first getting proper visibility into what that data is and filtering out information that is sensitive or lacks business value.

The study by Veritas surveyed 100 IT leaders across multiple sectors in South Africa, to ascertain how organisations are handling the growing ‘Databerg’ and dealing with the challenges around turning data into valuable business information.

Cloud adoption has reached an all-time high in South Africa, with almost half (46 percent) of all enterprise data now sitting in the cloud – up from 39 percent in 2019.