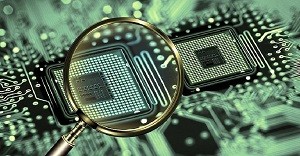 by MTHULISI SIBANDA
JOHANNESBURG – NEW measures by the United States (US) government to restrict the global supply of chips to Huawei Technologies could hinder Africa’s rapidly expanding technology sector.

This is according to an executive of the company with the proposed restrictions coming at a time the coronavirus (COVID-19 pandemic impacts economic growth around the world.

Edison Xie, Director of Media Affairs at Huawei Southern Africa Region, said with an expanding tech industry and a growing innovation culture, Africa has proven its potential to be a competitive force in technology in the future.

“So, this unilaterally proposed change of rules by the US could hurt Africa’s fast-growing technology industry,” he said.

Under the proposed rule change, foreign companies that use US chip-making equipment would be required to obtain a US license before supplying certain chips to Huawei.

The semiconductor industry is widely recognised as a key driver and enabler for the whole electronics value chain.

Xie said with massive growth in technology hubs across the continent, growing over 50 percent in the last several years, Africa needs to have a share in global semiconductors industry, to secure its competitiveness in the future.

“The global semiconductor sector market offers Africa opportunities not to be missed.”

The semiconductor industry is widely recognised as a key driver and enabler for the whole electronics value chain.

According to a report by Deloitte, the global semiconductor industry looks set to ramp up growth well into the next decade due to emerging technologies such as autonomous driving, artificial intelligence (AI), 5G and Internet of Things (IoT).

This is coupled with consistent spending on research and development (R&D) and competition among key players.

In 2019, the global market for semiconductors was projected to shrink by 12 percent due to growing economic uncertainties from the US-China trade war.

This year’s COVID-19 pandemic is further shaking up the global semiconductor industry.

Analysts say the latest move by the US could backfire on its companies as the latter will develop their own supply chain.

A report by the Boston Consulting Group states further escalation in US export control to Huawei will result in, and end US leadership in the semiconductor sector and will consequently decouple US and Chinese technology industries.