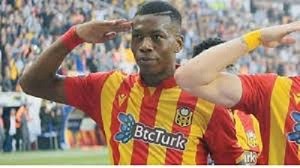 from WELLINGTON TONI in Harare, Zimbabwe
HARARE – A LACK of football emanating from the lockdown against the coronavirus (COVID-19), particularly in Zimbabwe, is projected to have an impact on the movement of players to the South African Premiership in the next transfer window.

A top agent argued the shutdown of the Zimbabwe Premier Soccer League (PSL), which is the main feeder to the Absa Premiership in the neighbouring country, was denying the players in the former an opportunity to market themselves for dream moves.

Mahachi is one of the most prominent deal makers involved in the movement of players from his homeland, across the Limpopo River to South Africa.

Zimbabwe and South Africa have both imposed lockdowns that prohibit sporting activities.

Mahachi said unlike previous seasons, this time, ahead of the next transfer window traditionally kicking off in June and closing in August, there were no enquiries for players.

During the June-August period, the Zimbabwean soccer season is usually in full swing but a new campaign has been halted following the COVID-19 eruption.

The virus has killed four people from 46 cases recorded in Zimbabwe. A lockdown imposed from April has been extended indefinitely.

The PSL is planning to start the season in August or September and have its 18 teams play three times a week to ensure the campaign completed by January or February 2021.

“I mean, this outbreak is not anybody’s problem. There is nothing anyone can do about it,” Mahachi said.

“You get general inquiries here and there but nothing much to it. Fortunately for me, I am employed elsewhere and I can spend time at work,” he said in an interview with CAJ News.

Mahachi has brokered some key deals in the trek by players from Zimbabwe to South Africa as well as between South Africa and Europe.

He moved defender Teenage Hadebe from Chicken Inn to Kaizer Chiefs before the player eventually crossed to the Turkish top flight at the start of 2019/2020 season.

Elsewhere, he masterminded the move of another former Zimbabwean coach, Kalisto Pasuwa to the Malawi topflight, where he won the league title on two consecutive times.

From the 1970 era of Ebson “Sugar” Muguyo who starred for Kaizer Chiefs, through 1990s period of Wilfred “Silver Fox” Mugeyi (Bush Bucks), and the new millennium when the likes of Benjani Mwaruwari moved to Jomo Cosmos and Knowledge Musona moved to Chiefs, Zimbabwe has been a conveyor belt of talent to South Africa.