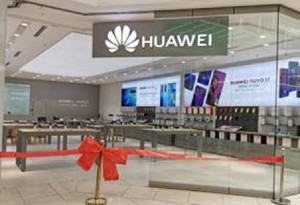 Huawei, the Chinese-headquartered firm, is behind the initiatives used by the youth to earn a place in South Africa’s nascent fourth industrial revolution (4IR).

Munyai was a successful applicant on Huawei’s Seeds for the Future programme.

He was one of 40 South African students selected from local universities between 2016 and 2019 to travel to China.

“We travelled to major cities such as Hong Kong, Beijing and Shenzhen, where we learned about Chinese culture, ICT technologies, and how China has embraced and harnessed ICT technologies to build a connected world, starting with mobile payments, connected bicycles, smart transport systems, safe-city features among others – all brought together in harmony through the Internet of Things,” Munyai
recalled.

There is also the Huawei ICT Academy, which offers industry recognised certification to give students and advantage when they enter the workplace.

In 2015, Huawei established their first South African academy in partnership with Tshwane University of Technology, later adding the University of Johannesburg and the University of the Witwatersrand (Wits) to an ICT talent ecosystem that includes more than 1 000 universities and colleges worldwide.

During the programme, the graduates get to experience corporate life and undergo intensive training with the support of experienced mentors, thus making them more attractive to potential employers down the line.

Moteka was also one of more than 1 000 students from universities across Sub-Saharan Africa – including South Africa, Kenya, Ghana and Nigeria – to take part in Huawei’s ICT Academy Competition in 2018.

“As a child, I was always fascinated by computers and communications devices. I always wondered, ‘How does the internet work?’” Moteka said.

His certification enabled him to realise a long-held ambition to configure internet protocols and understand how the network and the internet works.

Moteka is now employed as a telecoms engineer.

The above-mentioned initiatives are set out to boost the 4IR, and meet government’s call to “create jobs for the unemployed of today while preparing workers for the jobs of tomorrow.”