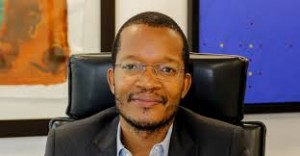 It follows the government’s allocation of temporary spectrum.

“Today, from MTN’s birthplace of South Africa, we are stepping up our digital revolution with the next generation of telecommunication technology, demonstrating to all South Africans that 5G is no longer just an idea – it is here, it works and it has the capacity to bring about exponential improvements to our economy, and to the lives of the people we serve,” said MTN South Africa Chief Executive Officer, Godfrey Motsa.

These include 3.5 GHz at 58 sites: This is the ideal spectrum band for 5G, known as the “Golden Band” which offers a truly world-class 5G experience with both faster speeds and low latencies.

MTN has deployed sites in the 3.5 GHz band in Johannesburg, Cape Town and Bloemfontein.

Another is the 2100MHz and 1800MHz at 35 sites. MTN SA is introducing the re-farming of some 4G spectrum to allow the mobile giant run both 4G and 5G spectrum, at the same time, in the same band.

This allows for easier migration of network technology from LTE (Long-Term Evolution) to 5G.

MTN has deployed 5G sites on 2100MHz in Johannesburg and Port Elizabeth.

The 700MHz at five sites are believed to be ideal for use for urban indoor settings and for small towns and rural coverage due to the low band frequency propagation.

The 28GHz at three sites offers high-frequency bandwidth and is ideal for Fixed Wireless Access 5G connectivity. This solution has been deployed in Hatfield (Pretoria), Edenvale and Durban.

Motsa said MTN’s rollout of its 5G network would be ramped up to even more sites once government allocated permanent spectrum through the planned auction later this year.

“We are extremely encouraged by the release of the temporary spectrum,” he said.

“Our call to the regulator and government is to release permanent 4G and 5G spectrum as a matter of urgency so that we can fuel the digital revolution our nation needs to bridge the digital divide that currently deepens the gap between the ‘haves’ and the ‘have-nots’,” Motsa added.

Giovanni Chiarelli, MTN SA Chief Technology and Information Officer, said for the past two years, the company had been actively innovating around the potential of 5G, using different bands and various vendors and across different platforms and devices.

“Our 5G strategy has been years in the making and we are confident that we have built a strong foundation to grow and support our 5G ecosystem to deliver an exceptional experience for our customers,” Chiarelli assured.