July 4, 2020 8:58 am by: administrator Category: BUSINESS, Featured, Hardware, Investing, Software, Technology Leave a comment A+ / A- 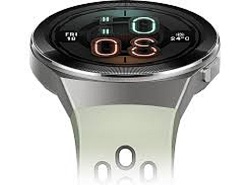 According to the technology company, the smartwatch is designed to inspire an active lifestyle, boasts supreme battery life, an enviable design and features 100 workout modes ranging from traditional sports to more trendy forms of exercise.

Another highlight of the Huawei Watch GT 2e smartwatch is Smart Power Saving 2.0, which according to the company strikes a perfect balance of performance and power consumption, effectively allowing for sustained battery life.

This feature can intelligently detect user scenarios so as to allocate battery power reasonably, whether it is worn during workouts or in idle status.

For everyday use, it will intelligently switch to low-power mode for the dual-mode Bluetooth connection, to increase battery life by about 20 percent. For heart rate monitoring in typical scenarios, battery life is increased by about 15 percent.

The smartwatch supports smart tracking for more than 100 sports, including 15 professional sport modes, eight of which are outdoor sports while the other seven are indoor sports.

The smartwatch boasts nearly 200 watch faces for users to choose from in the Huawei Health App.

A new feature of the device is its single blood oxygen monitoring. This can help users improve their health by learning more about their SpO2 status. The average person’s SpO2 should be 94 percent or higher; SpO2 below 94 percent is considered as insufficient oxygen.

It is priced at R3 499 and is available in Mint Green and Graphite Black at the Huawei Store and a number of retailers.