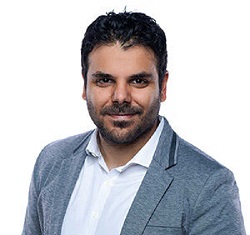 by SAVIOUS KWINIKA
JOHANNESBURG – A French-based anti-fraud firm said it had unmasked malware by digital fraudsters targeting users of Facebook in Africa.

The malware executes javascript to retrieve the login credentials of Facebook users around the globe which are then transmitted to a server.

This malware, discovered in collaboration with Evina’s clients, launches a browser that loads Facebook at the same time a mobile user is trying to open the platform.

By displaying in the foreground, the user believes the fraudulent browser is legitimate.

“This new malware is particularly dangerous as it could effectively ruin your online and offline life by making off with the credentials of one of your most valued pieces of digital real estate,” said Evina Chief Executive Officer, David Lotfi.

The malware is also embedded in a whole range of applications commonly available for app store download.

These include everything from flashlight to wallpaper, pedometer, file manager and video maker apps.

“Fraudsters are everywhere and they are not confined to the DCB sector,” Lofti said.

He said the app developer, app store and all other legitimate players involved are simply innocent victims of fraudsters and their malware.

“Fortunately, firms like Evina exist to take the battle to the fraudsters themselves,” Lofti concluded.