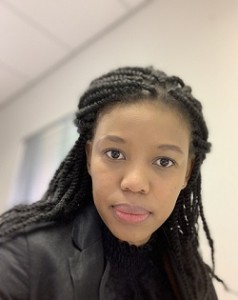 Coinciding with the Women’s Month (August) in South Africa, some women heading business units at a company in one of these sectors are toppling these stereotypes and proving women can hold their own against their male counterparts.

They are testament that women need nothing more than a level playing field to forge ahead in any industry sector.

Venisha Bachulal, Palesa Gaasenwe and Chantal Gray head business units at SafetySA, the company that is growing significantly across South Africa, Africa and the Middle East.

Part of the international Carlyle Group, SafetySA delivers safety, assurance and risk management services to mining, oil and gas as well as logistics, through to public sector, construction, hospitality and retail.

Gaasenwe is the Group Chief Information Officer and managing director of the SafetySA MetrixCloud business unit.

She has been entrusted with the task of growing the health and safety solutions business.

Gaasenwe has also been earmarked as a possible successor to the Group Chief Executive Officer, Karl Campbell.

“The culture (at the company) is not patronising,” she said.

“Our group CEO is very supportive. There is good visibility of women across all levels of decision-making,” Gaasenwe said.

A new mother herself, she advocated for updates of policies to cater for a work-life balance such as enabled work from home.

She joined the SafetySA Group through the phased acquisition of her logistics training company from 2012.

Last year, Gray was asked to move out of the logistics training niche and take the reins of the entire training business unit.

This gave her an opportunity to grow from managing the multi-million rand business she built herself, to heading up the larger R100 million business.

“I now have the freedom to focus on strategic business growth and making positive change, with the full backing of the group,” Gray said.

She said with health and safety seen as a male dominated industry, but SafetySA had “bucked the trend.”

“As a result, women have risen to the top in HR and Operations across all the SafetySA businesses, and are well represented at middle management level too,” Gray said.

At AssureCloud’s own testing laboratories, five of the seven lab managers are women.

The bulk of the students and interns are women.

Bachulal started her career as an environmental health practitioner locally and the US public sector.

She joined the SafetySA group in 2004 as a food safety auditor and rose quickly through the ranks to become an associate, technical director and operational director.

Bachulal was appointed MD in 2017.

In this role, she has spearheaded the business’ growth and two acquisitions to become the largest environmental health practitioners in the private sector in the country.

Bachulal said it was not necessary to give women special treatment to help them rise to the top but a level playing field is all women need.

“In my team it’s very simple for women to rise through the ranks – if you show initiative, and get the job done, you will progress,” she said.