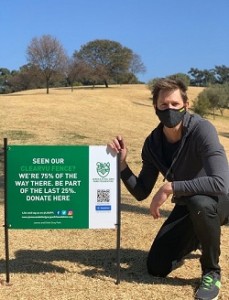 Mark Morreira, Board Member of the Foundation

by AKANI CHAUKE
JOHANNESBURG – FOCUSING on increased safety and security of women and girls in urban recreational spaces, a partnership between a non-profit organisation and the Johannesburg City Parks and Zoo (JCPZ) has emerged a blueprint for modern joint urban park management.

The James and Ethel Gray Park Foundation (JEGPF) and JCPZ are part of this partnership that bolsters the safety and security of park users, especially women and children.

The pragmatic approach follows extensive research by the partnership, with an emphasis on the physical characteristics of the park.

These included the need for perimeter fencing, improved lighting and management of physical and noise aural isolation.

There was also a need for higher visibility, effective management of concealed areas, regular maintenance and prevention of vandalism. 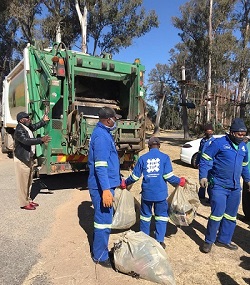 Clear, concise additional signage also emerged as important in the research findings featured high for everyone because the public, especially women and girls, tend to feel safer when they know how to navigate the park’s various open spaces.

To realise a safer and more enjoyable environment for park users, the foundation has implemented several programmes.

These include the installation of Cochrane ClearVu perimeter fencing, crown-lifting of trees, installation of more effective lighting in the park, regular park clean-up drives, grass cutting, litter cleaning and
waste-removal.

Volunteers from the local community undertake the initiatives, which have augmented the JCPZ’s scheduled maintenance.

JEGPF has recently set up a volunteer WhatsApp group to strengthen the support and involvement of residents and the community.

More than 150 volunteer members from Johannesburg have registered.

Over the weekend coinciding with Mandela Day (July 18), the JEGPF members, park-users and volunteers undertook a major park clean-up campaign as they went about their usual exercise and walking routines.

This initiative resulted in the collection of 30 bags of litter and rubbish, which was properly disposed of afterwards.

The foundation plans weekly volunteer days in the park on all Mondays, Thursdays and Fridays. A weekend maintenance volunteer programme is also planned.

On the weekend of July 25, the foundation, together with volunteers and in partnership with JCPZ, Johannesburg Metropolitan Police Department (JMPD), Pikitup and the CAP green team, undertook a massive clean-up of the Sandspruit river in the park.

The clean-up resulted in the removal of non-biodegradable items and dismantling of a constructed dug-out which was utilised for illegal activities.

The clean-up exercise also revealed that dense growth in some parts of the park had obscured benches and other infrastructure.

Margaret Arnolds, Member of the Mayoral Committee (MMC), who is responsible for oversight of the Community Development portfolio, commended JEGPF for initiating community involvement in the facility.

She said the work of the foundation in partnership with JCPZ, other COJ entities, volunteers, resident associations and the private sector was a blueprint for best-practice in modern joint urban park management.

“Park safety has improved and a clear indicator is a huge number of mums with their babies that visit this space,” Arnolds said.

Sunil Geness, the chairperson of the JEGPF, said the park utilisation had increased exponentially under lockdown level 3 conditions.

He said the foundation would continuously and consistently intensify efforts and specific actions during and beyond Women’s Month (August) to utilise and enjoy the park fully without experiencing fear or discrimination.

“The foundation is committed to supporting gender equality and women’s empowerment, as a right and as an important a prerequisite for a free in society,” Geness assured.

“We encourage park-users, residents of Johannesburg and businesses to support the work of the foundation through in-kind support and cash donations,” he added.

The donations can be made via the link; https://clickndonate.com/donations/james-and-ethel-gray-park-goal-r-2-500-000/”.

Carla Berman, a regular park-user, said, “Group efforts and support for the JEGPF have been inspiring.”

She said the rebirth of the park was long overdue.

“As a mother of two young kids, it’s assuring to know that we can return to our neighbourhood park with little concern,” Berman said.

Thembi Shabangu, a resident, thanked the foundation, volunteers and supporters for their selfless commitment in organizing the joint efforts for the benefit of the park and all communities.

“We call on the JCPZ to enable physical security in the park at all times to ensure the long-term safety of women and children,” Shabangu said.

“And they do it in the James and Ethel Gray Park. In safety and security, because the park belongs to a community that strong women built.”