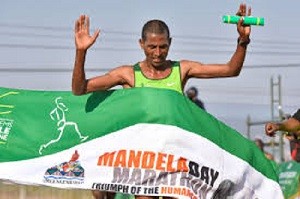 by TINTSWALO BALOYI
JOHANNESBURG – UNITED by the spirit of selflessness that defined Nelson Mandela, South Africa’s biggest sports stars and riders across the world have raised R2,6 million for communities most affected by the coronavirus (COVID-19) pandemic.

The financial boost comes as the country experiences a peak of infections and the lockdown imposed against the outbreak results in loss of incomes for millions.

Funds have been raised through a recent virtual event where members of the public also joined hands with their sporting heroes via the Zwift application.

It is customarily held on Mandela Day to raise funds for the needy but was held virtually this year because of the COVID-19 crisis.

“While that event was no longer possible this year, our purpose to reach out to South Africans in need remained,” Thabo Leeuw, chairman of the Nelson Mandela Legacy Ride4Hope.

He said instead of merely postponing to 2021, they found a new way to address the pain that people were experiencing in this time.

“What a great success it has been,” Leeuw said.

Although funds will be raised until the end of August, a total of R2,6 million has so far been donated towards the Nelson Mandela Foundation’s Each One Feed One campaign.

Sello Hatang, Chief Executive of the Nelson Mandela Foundation, said the challenge gave participants and contributors an opportunity to give hope.

“The initiative helped ensure that people who feel discarded and forgotten will be assisted through the challenge’s contributions,” he said.