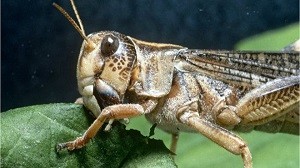 Most people at the mercy of the locusts are still recovering from the impact of the 2019 drought and are grappling with the economic impacts of the coronavirus (COVID-19) pandemic.

The Food and Agriculture Organisation (FAO) has launched an emergency response effort to control the swarms.

The US$500 000 (R8,2 million) project will focus on emergency response in the locust hotspots and strengthen coordination and information exchange among the affected countries.

FAO is working with the Southern African Development Community (SADC) and the International Red Locust Control Organization for Central and Southern Africa (IRLCO-CSA) to support the governments of affected countries to control the locusts.

“Even with the control measures already taken, the locusts are still a threat,” Patrice Talla, FAO Sub-regional Coordinator for Southern Africa, said.

Talla said some of the worst-affected areas were difficult to reach.

The outbreaks in Southern Africa are separate to the Desert Locust emergency in East Africa.

One swarm can contain tens of millions of adults.

In Botswana, some smallholder farmers have lost their entire crop.

The other countries have seen the swarms expand rapidly.