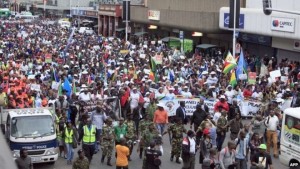 by TINTSWALO BALOYI
JOHANNESBURG – XENOPHOBIC harassment and violence against African and Asian foreigners living in South Africa has persisted despite the government adopting measures against the scourge.

This is according to a leading human rights organisation, which has prepared a report a year after the administration of President Cyril Ramaphosa adopted the National Action Plan to Combat Racism, Racial Discrimination, Xenophobia and Related Intolerance.

The problems also include barriers to legal representation and difficulty in acquiring and renewing documents to maintain legal status and to access services including education and health care.

Alleged violations are carried in a 64-page report titled, “They Have Robbed Me of My Life’: Xenophobic Violence Against Non-Nationals in South Africa.”

“Non-South African nationals have suffered wave after wave of xenophobic violence and live in constant fear of being targeted solely for not being South African,” said Kristi Ueda, Africa division fellow at HRW.

Ueda, who is also the author of the report, appealed to the South African government to hold those responsible accountable.

“Impunity only emboldens others and perpetuates xenophobia.”

Recently, Minister in the Presidency, Jackson Mthembu, said the fight against discrimination remains the priority of government.

“It is for this reason that in March 2019, Cabinet approved the National Action Plan to Combat Racism, Racial Discrimination, Xenophobia and Related Intolerance,” Mthembu said.