OPINION: Donald Trump and the Rule of Law 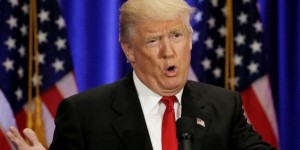 from WILLIAM COOPER in New York, USA
NEW YORK – DONALD Trump has spent his adult life chasing real estate deals, younger women and television cameras. He has not been sitting in a law library pondering the nuances of America’s constitutional order.

When it comes to the rule of law, he simply does not know the rules. Take his assertion that his “authority” over state governments to address the coronavirus “is total.” This, of course, turns the most basic rule of federalism – that states have central authority over their citizens’ health and safety – on its head. Trump is like a batter who hits the ball and then runs to third base – only as president he’s batting clean-up and this is Game Seven of the World Series.

That’s not to say he’s unfamiliar with the legal system. To the contrary, his companies have been the subject of extensive litigation; he has been divorced twice; and he has gone bankrupt numerous times. When it comes to how the executive branch fits into the rest of our constitutional system, however, Trump was essentially starting from scratch the day he was inaugurated.

One of his first acts as president was to issue the poorly drafted, blatantly unconstitutional Executive Order 13769 (the “travel ban”), seeking to prevent millions of Muslims from entering the country. After widespread public outrage and internal protest at the Department of Justice – culminating in Trump firing Acting Atty. Gen. Sally Yates – Trump abruptly replaced the travel ban with a revised version.

It was downhill from there. The Trump team has since been mired in one legal trouble after another, including the Mueller investigation, numerous indictments, the convictions of Trump’s personal lawyer (Michael Cohen), campaign chairman (Paul Manafort) and longtime political advisor (Roger Stone) – to name a few – and ultimately Trump’s own impeachment.

Trump has, moreover, cast aside basic norms governing presidential communications about legal matters. For example, he has used Twitter to belittle his own attorney general, weigh in on ongoing federal court cases, make baseless accusations of criminal behavior, advocate for prosecutions of his political rivals, criticize the DOJ’s line prosecutors and intimidate witnesses in active matters.

This bellicosity has given rise to the narrative that Trump is not just lawless, but a dictator who has hijacked our constitutional system. As Rep. Jerry Nadler put it: “he is a dictator” and “only his will goes.” According to Kurt Bardella, a USA Today Opinion columnist, Trump has turned “the presidency into a dictatorship” and “stripped away the levers of independent oversight until there’s nothing left.” Even Nobel Laureate Paul Krugman recently warned that “authoritarian rule may be just around the corner.”

While rooted in legitimate concern, this narrative is confused. Trump is no dictator. For a president to seize power in our zero-sum constitutional system he must outwit those who currently have it – namely, the other two branches of the federal government and the states. The opposite occurs with Trump: Federal judges repeatedly rule against him; John McCain destroyed his healthcare ambitions; Nancy Pelosi blocked his legislative agenda; Adam Schiff had him impeached. Even Trump’s own executive branch subjected him to the multi-year Mueller investigation.

State and local governments likewise do not bend to Trump’s will. He quickly rescinded his claim of total authority over the states regarding the coronavirus – after strong public pushback from numerous governors – and retreated back to offering states advisory guidelines. Even local mayors routinely defy his executive orders regarding sanctuary cities.

These things don’t happen to dictators. Real dictators consolidate power and effectively craft and utilize the rule of law to advance considered aims. In striking contrast, Donald Trump’s clumsy initiatives get stymied by virtually every instrumentally of his own government – time and again.

No, Donald Trump is not a real dictator transforming our government to his advantage. He is a real estate developer who – while the world watches – fails to understand how it works.

NB: William Cooper is an American attorney and syndicated columnist who opines on American politics and has written for The Wall Street Journal, Baltimore Sun, New York Daily News, St. Louis Post-Dispatch, USA Today and dozens of other newspapers around the world.