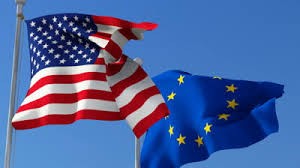 from JEAN KASSONGO in Kinshasa, DRC
KINSHASA – THE two main opposition candidates in the  presidential elections in the Democratic Republic of Congo (DRC) have one thing in common. They are pro-Western nations.

Felix Tshisekedi (56), leader of the Union for Democracy and Social Progress, which the oldest and largest opposition party in DRC, and Martin Fayulu (62), president of the Engagement for Citizenship and Development Party, are the opposition front-runners.

Shadary has been under European Union (EU) sanctions since 2017, for his role in arrests of activists and opposition members and for the disproportionate use of force since his appointment as minister of the Interior a year earlier.

On the other hand, Tshisekedi has lived in former colonial master Belgium for a long time and has ties to the local Congolese Diaspora.

He (Tshisekedi) met several times in Brussels (Belgium) with  representatives of the Congolese opposition in the past two years.

Last May, together with Moïse Katumbi Chapwe, another key opposition figure, traveled to the United States, where they met with representatives of the Atlantic Council, an American lobbying group specializing in international relations.

The meeting was attended by officials of the US State Department,  responsible for the region, in particular, Larry Wohlers and William  Garvelink.

The main theme of the meeting was the political crisis and the electoral process in the DRC.

In August, Tshisekedi signed an agreement with American experts, who promoted his campaign.

As a result of the agreement there was a joint venture, Pamoja USA, which is mainly engaged in the collection of funds in the US for the campaign of the candidate.

On the American side, it is emphasized that this agreement is a chance for the US to play a more significant role in the heart of Africa, particularly DRC.

The official purpose of the agreement was to form a group of parties “to help the Congolese people change their country.”

Fayulu received his higher education in France and the US. For a long time, he worked as a representative of the energy company, ExxonMobile, in different African countries from 1984 to 2003.

Most often, he (Fayulu) is reminded of a trip to the US for a month at the end of 2015 at the invitation of the National Democracy Fund.

This organisation promotes the political and economic interests of the US abroad. During the meeting, democratic processes and elections in the DRC were discussed.

Also in early 2015, Fayulu spent more than a month and a half in Europe and the US.

He met with US State Department officials responsible for the African region to discuss the political crisis in the DRC.

Issues related to elections, democracy, security and freedom were  discussed during the tour held under the aegis of “exchanging experiences between the Congolese and Americans.”

During the same visit, Fayulu visited the European Parliament, where he spoke in support of political prisoners in the DRC and discussed with European politicians the issue of human rights in his homeland.

He made a similar trip to Europe and the US in the autumn of 2016 after being wounded in the head during the riots in the capital Kinshasa.

The move was in retaliation to sanctions imposed on Shadary.

Deadly violence marred preparations for polls, which were initially set for 2016.

DRC election results are set to be released later this month.