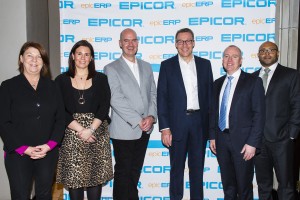 by MTHULISI SIBANDA
JOHANNESBURG – SOUTH Africa can enhance its prospects of growing its economy by 1,4 percent this year if companies embrace technology.

This is according to industry experts and executives following debates how digital technology trends and relating disruptive technologies could either make or break businesses.

In order to capitalise on future growth opportunities a change in mindset is needed, he said.

Chantell Ilbury, a leading scenario strategist and hailed as one of Africa’s most strategic creative thinkers, said most South African companies were wary of change and would rather be locked into legacy systems to feel safe.

“But without becoming more agile and moving forward they are simply letting their business stagnate, they will soon find out that companies who have embraced and adapted to rapid market changes through technology will be successful,” Ilbury said.

KPMG recently reported that two out of three manufacturing CEOs were anxious about their ability to keep pace with technology.

According to experts, if modern technology was embraced, the International Monetary Fund’s (IMF) prediction of South Africa reaching 1,4 percent in GDP growth in 2019 is a distinct possibility.

Some examples of advantageous disruptive technology mentioned by experts include digital twinning, artificial intelligence for robotics and planning, real-time visibility for business decision making and blockchain in the supply chain.

In its recent study, Deloitte observes that organisations from every industry face mounting pressure to transform and make the shift from product-centric business models to capture other sources of value.

Deloitte established that the manufacturing sector was not preparing or moving fast enough to address future disruptions on the horizon.

“From this Deloitte study we can see that the trepidation around embracing digital trends comes with the literal fear of disruption to legacy systems that have created cemented processes that hamper a company’s growth,” said Stuart Scanlon, Managing Director of Epic ERP South Africa.