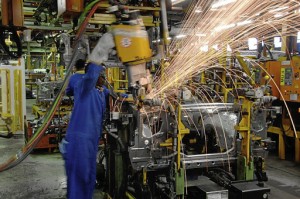 by TINTSWALO BALOYI
JOHANNESBURG, (CAJ News) – ANALYSTS have projected mixed fortunes for the struggling manufacturing and mining sectors in the wake of load shedding and strikes in South Africa.

The projections come ahead of the release of mining and manufacturing production data for May by Statistics South Africa (Stats SA).

Partly due to the effects of load shedding and a strike at major gold producer, Sibanye-Stillwater, both the mining and manufacturing sectors were a major drag on growth in the first quarter, with gross value added contracting by 10,8 percent and 8,8 percent quarter-on-quarter (q/q) respectively.

Nonetheless, production in the manufacturing sector appeared to normalise in April as electricity supply stabilised, rising by a seasonally adjusted 2,8 percent m/m.

“However, survey-based measures of manufacturing activity suggest that the April output strength may not be sustained,” Absa stated.

The quarterly Bureau for Economic Research (BER) manufacturing survey showed a decline in business confidence from the first to the second quarter (Q2) of 2019.

The economists stated Absa’s manufacturing Purchasing Managers’ Index (PMI) had remained in contractionary territory between May and June.

The mining sector had a much weaker start to Q2, with seasonally adjusted output contracting by 1,5 percent m/m in April.

“While we are mindful of the inherent volatility of these data, we think there is scope for some rebound in the monthly output in May,” Absa economists stated.

“We expect the contraction in mining output to have continued into May whereas the pace of manufacturing production should have slowed,” she said.

Manufacturing and mining are among the most vital sectors in Africa’s most advanced but beleaguered economy.

The two sectors can be volatile as evidenced by load shedding and intermittent, mostly violent, industrial action.

The government of President Cyril Ramaphosa was re-elected in May on a campaign premised on reviving the economy and addressing inequalities.