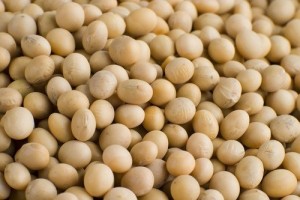 by SAVIOUS KWINIKA
JOHANNESBURG – THE agriculture sector in South Africa is keeping an eye on developments in the United States where declines in maize and soybean harvests are projected.

Trends in the US markets usually influence foreign markets, with the country a net exporter of grain.

Recently, the US Department of Agriculture (USDA) lifted its estimate for maize production by 1 percent from June 2019 to 352 million tonnes but this still is 2 percent less than the previous harvest. Excessive wet weather conditions in the past few weeks have been blamed.

USDA rated only 57 percent of the US maize as being in good or excellent growing conditions, compared with 75 percent in the corresponding period last year.

“This alone tells us that the US maize crop is not in good condition,” stated the Agricultural Business Chamber of South Africa (Agbiz).

“On this end, we continue to monitor the developments through the USDA’s Weekly Crop Conditions report,” the agency stated through its chief economist, Wandile Sihlobo.

Agbiz noted that for South African maize farmers and maize-users, developments in the US market were important and had strong influences on the local market, which is generally linked to the global agricultural markets.

“The other crop that we are viewing from the same lenses as maize is soybeans,” Agbiz stated.

Global soybean production is 4 percent lower than the 2018/19 season.

“Similar to maize, we cannot take the soybean production numbers as an absolute indication of what is likely to transpire at the end of the season because the crop is still at its early stages of growth,” Agbiz stated.

The chamber said while South Africa was not a major importer of soybeans, developments in the global soybean market influenced the local market and prices of soybean by-products.

The most notable is soybean oil cake. South Africa imports on average about 500 000 tonnes a year.

“Over the coming weeks, we will closely monitor the crop-growing conditions in the US maize and soybean fields in order to ascertain the impact on global supplies,” Agbiz stated.