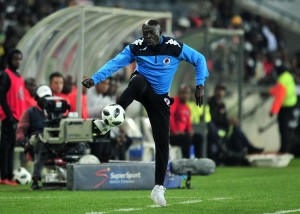 by MTHULISI SIBANDA
JOHANNESBURG – AN increase in prize money and a flurry of signings made in the transfer window period paves way for what is anticipated to be an intriguing South African premier football division.

The Absa Premiership kicks off with a blockbuster Tshwane Derby between defending champions, Mamelodi Sundowns and SuperSport United at the Lucas Moripe Stadium on Saturday.

Prize money for the 23rd edition of the competition has been increased from R29,5 million to R39,9 million, a leap of 35 percent from last decade.

The winners will pocket 50 percent more in the form of the R15 million pay-day.

Sundowns, the most successful side in the Premiership era, will be aiming to clinch the title for the tenth time.

Orlando Pirates will meanwhile welcome Bloemfontein Celtic to the Orlando Stadium in their opening fixture also on Saturday.

Meanwhile, stakes will be high in the first division after the Premier Soccer League secured a sponsor.

GladAfrica Group has come on board.