The fall and fall of Africa’s richest woman 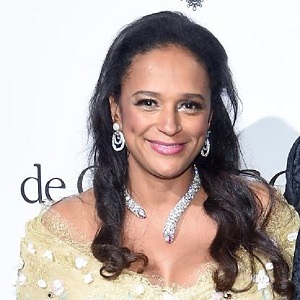 from PEDRO AGOSTO in Luanda, Angola
LUANDA – AN asset freeze threatening to paralyse her businesses is a rung downwards in the fall from grace of Africa’s richest woman, Isabel dos Santos, since her father’s demise from power as the president of Angola in 2017.

It represents the loudest crack in the whip current leader, Joao Lourenco, is wielding to address corruption, which is a legacy of his predecessor, Jose Eduardo dos Santos, who was at the helm of the oil-rich Southern African country for 38 years.

The asset freeze and seizure of her stake in local companies ordered by the courts, to recover more than $1 billion Ms dos Santos allegedly borrowed but failed to repay, sees the government of Lourenco making good on the promise to eradicate the scourge of graft blamed for the widening gap between the superflous elite and the majority wallowing in poverty despite Angola’s vast natural resources.

Lourenco made the pledge during his inauguration as third president of the country.

He hit the ground running and Isabel (46) was among dos Santos’ children, alongside her brother, Jose Filomeno, that fell foul to the war against cronyism of the previous administration.

As the new broom swept clean, Isabel was sacked as the head of the state-owned Sonangol oil company, a position she had held from 2016 until months into Lourenco’s reign.

She is exiled in the former colonial master, Portugal, with the Angolan government unsuccessful in trying to prosecute her for alleged past corruption crimes.

In a probe opened at the end of last month (December 2019), a local court ordered the freezing of her Angolan bank accounts and the seizure of her stake in local companies, including telecommunications giant Unitel and bank Fomento de Angola (BFA).

It is alleged she improperly benefitted from her family’s power and connections. Courts further allege numerous of Isabel’s assets had been acquired using funds from Sonangol and another state-owned company, the diamond marketer, Sodiam.

State prosecutors argue that dos Santos’ business with these companies had cost the Angolan state more than U$1,1 billion.

Sources close to the probe stated that the above mentioned public companies had transferred huge amounts of money in foreign currency to companies overseas while the former president’s eldest of nine children has been trying to sell her shares at Unitel.

Reacting to the asset freeze and seizure of stakes in local companies, she alleged a politically-motivated campaign by Lourenco’s administration to destroy her empire as well as the “legacy” of her father.

Speaking in Portugal, he said she had not been singled out but the crackdown was against individuals and companies that had failed to comply with the law on voluntary repatriation of Angolan funds illegally held abroad.

Paulo Zua of the anti-corruption, pro-democracy Maka Angola, scoffed at “threats” by Ms dos Santos that her workers, companies and eventually the economy would be impacted by the action by the courts.

The activist said for an impartial viewer, Isabel’s position was patent.

“It (position) wants to spread panic, to imply that Angolans will no longer have access to shopping at Candando (hypermarket) or the ZAP network (Unitel) and that workers will suffer. From a legal point of view, all of this is, once again, silly,” Zua said.

Lourenço, speaking in Benguela, south of the capital Luanda, assured his Democratic Republic of Congo (DRC) counterpart, Félix Tshisekedi, that the courts were acting independently and his government did not interfere in justice.

“The executive does not interfere with the action of justice,” read a note from the Angolan president’s office after the meeting between the two leaders.

Lourenco and Tshisekedi urged the implicated individuals to comply.

“The two presidents stressed that the best way for those targeted will be the utmost collaboration with the competent authorities of the State and with Angolan justice,” read a note from Lourenco’s office.