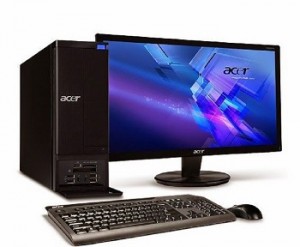 by AKANI CHAUKE
JOHANNESBURG – WORLDWIDE shipments of personal computers (PCs) have increased by more than 2 percent from the fourth quarter of 2019.

However, a continuous decline in the consumer PC market is projected over the next five years.

Global shipments totaled 70,6 million units in the fourth quarter of the past year, an increase of 2,3 percent, according to preliminary results by Gartner.

The PC market thus experienced growth for the first time since 2011, driven by vibrant business demand for Windows 10 upgrades, particularly in the United States, Europe, Middle East, Africa and Japan.

Mikako Kitagawa, senior principal analyst at Gartner, said the company expected this growth to continue through this year even after Windows 7 support comes to an end this month (January), as many businesses in emerging regions such as China, Eurasia and the emerging Asia/Pacific had not yet upgraded.

Lenovo maintained its Number 1 position in the worldwide PC market (24,1 percent) and widened its share over HP Inc (22,2 percent).

Looking ahead, Gartner predicts a continuous dip in the consumer PC market over the next five years.

Product innovation is seen as one of the key factors behind the forecast trend.

This includes “foldable laptops” introduced at the Consumer Electronics Show this past week along with initiatives.

“Such innovations that change user behaviour and create new product segments are something to keep an eye on in 2020 and beyond,” Kitagawa said.