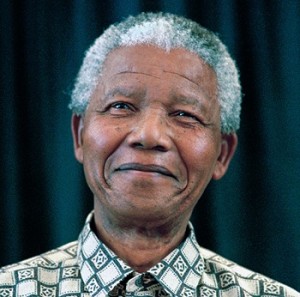 by SAVIOUS KWINIKA
PRETORIA – AS South Africa celebrates 30 years after the release of anti-apartheid hero, Nelson Mandela, President Cyril Ramaphosa has urged his compatriots to be united in order to defeat economic problems and inequalities rife in the country.

Mandela was released from Victor Verster Prison in Cape Town on February 11, 1990 after serving 27 years.

He would four years later be elected as the first democratic leader of the Southern African country.

However, Mandela’s vision of an equal society has proven elusive amid rampant poverty, inequalities, unemployment and violence.

His death in 2013 coincided with the worsening of these problems, which also include corruption.

“In confronting these challenges, it is vital that we remain united,” Ramaphosa stated in his weekly letter made available to media.

“Our history tells us that we can overcome even the most intractable of problems only when we work together,” the president added.

Ramaphosa, the fourth elected leader in a democratic South Africa, said the release of Mandela, like the end of apartheid itself, was achieved through united and sustained action.

“It was achieved by putting aside differences to pursue a common goal,” he said.

“As we mark this joyous anniversary, we share a common goal of an equal, just and prosperous South Africa, where all may experience an improving quality of life, and all may be able to realise their potential.”

The president highlighted the need to grow an inclusive economy that creates jobs.

He thus called on closer collaboration among all parts of society including government, unions, business, community structures, traditional leaders, students, faith-based organisations academics and others to realise this vision.

“In some cases, it may require sacrifices and trade-offs in pursuit of the greater good of all,” Ramaphosa added.