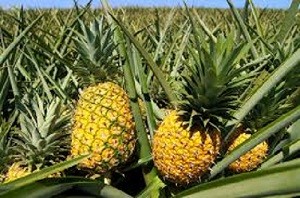 by MTHULISI SIBANDA
JOHANNESBURG – A PROLIFERATION of home-brewed alcohol, following bans of such products to prevent the impact of coronavirus (COVID-19), is among the factors behind a surge in domestic demand for pineapples in South Africa.

The fruit is a key ingredient of backyard liquor, also known as bootleg leg beer for its being unlawfully made, sold, or transported, without registration or payment of taxes.

Domestic pineapple consumption is also forecast to increase by 14 percent year-on-year to 33 000 tonnes, and the rest of the output will be for the export market, with South Africa generally a net exporter of the tropical fruit.

The Agricultural Business Chamber (Agbiz) noted there was already anecdotal evidence of an increase in domestic pineapple demand during the lockdown period, for multi-purpose home use, which includes home-brewed alcohol.

“While this is encouraging for the pineapples industry, it remains unclear if the demand observed will hold throughout the year as the negative economic impact of the pandemic filters into the households,” chief economist, Wandile Sihlobo, said.

Moreover, Sihlobo said, Agbiz was yet to observe from anecdotal evidence if home-brewed alcohol trend would hold, or if it was mainly a temporary substitute when there was a ban on alcohol sales in South Africa.

South Africa initially prohibited the sale of alcohol in March at the onset of the lockdown.

Sales were reopened in June but banned again in July as trauma cases blame don alcohol strangled the health system dealing with a severe outbreak of COVID-19.

President Cyril Ramaphosa’s government again allowed the sale of alcohol in the middle of August after COVID-19 cases significantly dropped. The ban on liquor led to the proliferation of home brews.

South Africa exports an average about 3 000 tonnes a year.