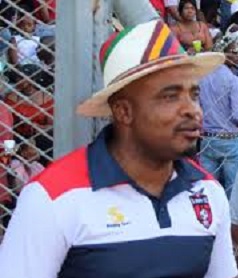 by MTHULISI SIBANDA
JOHANNESBURG – THIS is set to be the most defining week in the careers of Highlands Park Football Club players left in the lurch by the divisive sale of the side.

They are to get some clarity on their future in a meeting with new club owner, Tim Sukazi.

While details of the sale to the ambitious executive have been kept under wraps, CAJ News Africa can reveal that a meeting has been scheduled between the businessmen and the players to decide their destiny.

Such a convention has been scheduled for Monday (yesterday).

CAJ News Africa is reliably informed that the sale has not only divided management but has triggered panic among the players amid speculation over their future.

A strong possibility that the club will relocate to Mpumalanga from its current base in Gauteng exacerbates matters.

The relocation is line with Sukazi’s ambitions to deliver a top flight club to the eastern province that has been starved of a top tier team since the demise of Mpumalanga Black Aces four years ago.

Sukazi is currently at the helm of TS Galaxy, the first division side that while has failed to gain promotion, famously won the Nedbank Cup in 2019 and campaigned in Africa’s Confederation Cup.

Sukazi has previously failed in his attempts to secure a topflight status.

The unstable Bloemfontein Celtic is among other sides the legal guru has previously targeted.

A previous attempt to acquire Highlands Park FC appeared to have hit a brick wall but Sukazi’s latest pursuit of the Lions of North has borne fruit, much to the uncertainty around the future of the players.

“We are meeting the new owner from tomorrow (Monday, today). We will take it from there,” a source at Highlands Park said, speaking on condition of anonymity.

The Premier Soccer League (PSL) nonetheless is yet to ratify the proposed sale, which has seen the transaction assume a sub judice dimension, hence the parties involved have been reluctant to publicly comment.

Only those aggrieved by the sale, such as Sinky Mnisi, the Highlands Park co-director, have gone public.

As the future of the players remains subject to speculation, only striker Peter Shalulile and captain Mothobi Mvala seem to have secured theirs. Moves to Treble winners, Mamelodi Sundowns, are imminent.

Highlands Park eventually finished ninth with indications that rumours over the sale of the club distracted coach Owen da Gama’s team from its top eight ambitions.

A final day 1-1 draw against Amazulu denied them that berth on goal difference. Celtic secured the last spot.

The sale of statuses is taking root in the local professional league. Sukazi purchased the first division league license from Cape Town All Stars in 2018.

Wits, the 2016/17 champions, have been one of the most stable sides in the topflight.

TTM purchased the first division status of Milano United in 2017.