November 16, 2020 10:12 am by: administrator Category: Broadband, BUSINESS, Featured, Investing, Mobile & Telecom, Mobile and Telecoms, Technology Leave a comment A+ / A- 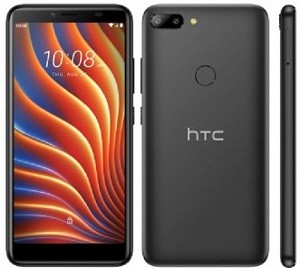 That is the tagline by HTC for its Wildfire E lite smartphone.

True to that catchphrase, the entry-level device is light and simple but has functionalities that can match those of any high-end smartphone available in the market.

These features include the rear-fingerprint sensor and artificial intelligence (AI)-based face recognition.

Thanks to these features, the protection of the user’s personal information is assured in the HTC Wildfire E lite.

How fast time flies! For the uninitiated, the first Wildfire offering the Taiwanese-headquartered HTC unleashed on the market was in 2010.

Hence the Wildfire E series feels like a rebirth.

The dual-camera smartphone consists of an 8 MP + 0.3 MP main camera and a 5MP rear camera.

Its 5,45-inch screen is hailed as the perfect size for convenient, one-hand operation of this device with a screen resolution of 720×1440 Pixels.

Another plus for the MediaTek’s Helio A20 chipset-powered HTC Wildfire E lite is its ability to allow the user carry out daily operations on the smartphone without additional charging.

This is thanks to a 3000 mAh battery, offering 250 hours standby time and 25 hour talking time.

Light and simple but this offering from HTC packs a punch!