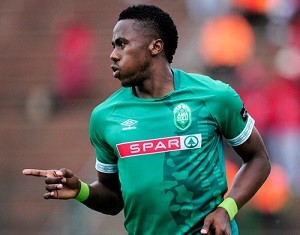 by NJABULO BUTHELEZI
DURBAN – AMAZULU Football Club are fretting at the possibility of a lengthy period without their most experienced player, leading goalscorer and their best youngster because of injury.

Uncertainty has engulfed the ambitious club as injury, coincidentally, rules out their most influential players, all at once.

If the update provided by head coach Ayanda Dlamini is anything to go by, AmaZulu are facing the prospects of long days ahead without the trio.

“They are still on moon boots,” Dlamini lamented on Maduna and Ntuli.

“It means we are not going to see them anytime soon. It was not small injuries. I think they are a couple of weeks from coming back and joining the side.”

This is a major setback for Dlamini, who in his first season as permanent coach has a mandate of guiding the historic side to the top four.

The in-demand Ntuli (29) has been the main source of goals for Usuthu. They were somewhat a one-man team last season thanks to his goals. He scored 13 of the team’s 20 goals as AmaZulu survived relegation by a whisker.

He has not played since limping off in the one-all draw against Highlands Park on September 5.

Maduna (20) was a revelation last season and his exploits led to a nomination for the Young Player of the Season award, eventually won by Baroka’s Goodman Mosele.

Maduna’s last contribution was also that last season duel with Highlands Park, a game he could not last beyond 62 minutes, albeit on a high after providing an assist for Siphelele Magubane’s 28th minute opener.

Meanwhile, lack of fitness and a recent thigh strain has delayed Tshabalala (36) from his first outing for AmaZulu.

“He is not too far but I will wait for a report from the doctors. He trained with us on Thursday and Friday. There is progress but we still have to see,” Dlamini said.

AmaZulu are back in action against visiting Cape Town City at the Jonsson Kings Park Stadium on Saturday.

The teams are emerging from contrasting fortunes experienced during high octane matches against Mamelodi Sundowns and Bloemfontein Celtic respectively.

Usuthu gave champions Sundowns a fright in an encounter the champions eventually won 4-3 in Pretoria / Tshwane.

The Cape side utilized home advantage to overcome Celtic 4-2 in the Mother City.