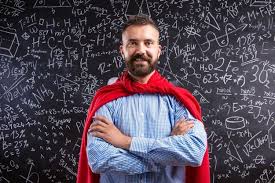 Previous ISPA SuperTeacher of the Year competition for 2018, file photo

by AKANI CHAUKE
JOHANNESBURG – THE deadline for entries for the Internet Service Providers’ Association (ISPA) SuperTeacher of the Year competition is fast approaching.

Entries close on Monday (today) for the accolades that recognise teachers with a special interest in the application of information and communication technologies (ICT) in the educational environment.

The nonprofit Digital Education Institute (DEI) disclosed this year’s competition entries had been diverse in subject matter and outstanding in quality.

“The entries received since March clearly show that state-of-the-art teaching has established a beachhead in education and this influence is now growing,” Malunga added.

Once the final registration date has passed, teachers will have until June 28 to submit their competition entries which must demonstrate cutting-edge ICT thinking with regards to lesson plans.

The overarching aim of the ISPA SuperTeacher of the Year competition is for local educators to showcase their prowess in using technology to enhance classroom teaching and learning.

Held every year since 2001, the ISPA SuperTeacher of the Year Awards have emerged as a much-anticipated fixture of the annual iWeek conference and exhibition, held around September yearly.

Johannesburg will host the 2019 edition.

ISPA’s project has equipped over 5 000 teachers with ICT skills thanks to continued support from ISPA’s members who pledged their further support at iWeek 2018, held in Cape Town.

Malunga said the awards were well-respected in education circles, both for their longevity and for the huge role they have played in encouraging teachers to pioneer ICT.

“We encourage all teachers with a penchant for deploying ICT in the classroom to register for the competition before Monday.”

Leanne Bishop from KwaZulu-Natal was Tech Teacher for the Year.