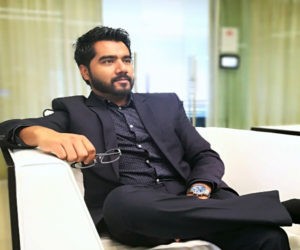 Huawei AppGallery and Huawei Themes are pre-installed on all the latest Huawei and Honor devices.

“We also know that we do not have all the answers. For this reason, we aim to work closely with South African developers so that we can give our users everything that they need and want from their devices. At the same time, we also hope to create an open ecosystem for local developers by offering a simple and secure environment for them to upload content,” Mohamed said.

At the end of 2018, Huawei Mobile Services had 500 million users globally, representing a 117 percent increase on the previous year.

Some 48 developers registered their apps on the day.

Huawei is currently in discussions with them with the eventual aim of featuring the best apps and designs on HUAWEI AppGallery or HUAWEI Themes.

The Consumer Cloud Service Southern Africa Team at Huawei plans on making Developers’ Day a quarterly event and establishing a local providers’ hub, where developers can regularly meet with Huawei for training on updates to programmes and offerings.