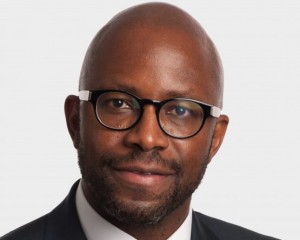 It is one of four accolades he received at the 2019 CFO Awards held in Johannesburg on Wednesday evening.

Out of ten awards on offer, Mupita also received the Strategy Execution, High-Performance Team and the Finance Transformation Awards of the Year.

He was not present to receive the awards following his commitments in Nigeria where MTN listed on Thursday.

Mupita, however, in a message recorded in advance in case he won an award, thanked his finance team and MTN colleagues.

According to a citation, Mupita has been integrally involved in the development and execution of MTN’s new strategy and has been driving a revised capital allocation strategy focused on improving profitability and returns, as well as de-gearing of the holding company to strengthen the balance sheet.

“His leadership approach is framed by inspiring colleagues to deliver their very best, achieving team-based success and remaining humble and grounded in all situations,” the citation read.

The other big winner during the “Oscars for finance executives” was Capitec CFO André du Plessis, who won the Compliance & Governance Award and the Finance & Technology Award.

City of Tshwane CFO Umar Banda was crowned Young CFO of the Year, his first prize in three successive years of nominations.

Nonkululeko Dlamini of the Industrial Development Corporation (IDC) received the Public Sector of the Year accolade.