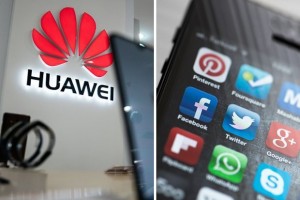 by SAVIOUS KWINIKA
JOHANNESBURG – HUAWEI has assured of its commitment to a safe software system, following reports Google has suspended business with the company.

It was reported on Monday that Alphabet Inc’s Google had suspended business that requires the transfer of hardware and software products, except those covered by open source licenses.

In a statement on Monday, the Chinese firm said it had made substantial contributions to the development and growth of Android around the world.

“As one of Android’s key global partners, we have worked closely with their open-source platform to develop an ecosystem that has benefitted both users and the industry,” the company stated.

It added it would continue providing security updates and after-sales services to all existing Huawei and Honor smartphone and tablet products, covering those that had been sold and that are still in stock globally.

“We will continue to build a safe and sustainable software ecosystem, in order to provide the best experience for all users globally.”

In a statement, Google said it was complying with United States government orders and reviewing the implications.

It stated for users of our services, Google Play and the security protections from Google Play Protect would continue to function on existing Huawei devices.

Following the US ban, Glen Schloss, Huawei Vice President of Corporate Communications, on Friday said Huawei was reviewing the implications of the US action for its customers.

Schloss said Huawei had been developing its own operating system (OS) and while they preferred to continue using Android, which its consumers loved, they had been working on contingencies.

“We have diversified our global supply chain in anticipation of the ban,” he was quoted saying.