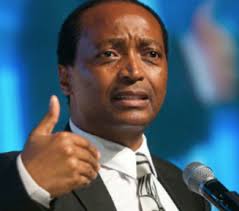 JOHANNESBURG – IN SPITE of its lively entrepreneurial environment, Africa is not creating new competitive brands to meet the needs of its expanding consumer market.

This is according to Brand Africa as non-African labels have entrenched their positions in the continent.

Africa’s 100 Best Brands rankings indicate North American brands, dominated exclusively by United States of America brands (28 percent), leading with a growth of 17 percent versus 2017/8. European brands (41 percent) are up by 2,5 percent and Asian brands (17 percent) down by 10 percent, round up the continental spread of brands Africans admire.

US sportswear firm, Nike, was ranked the most-admired brand.

According to the rankings, overall, African brands faltered to an all-time low 14 percent share of the top 100 most admired brands in Africa.

“It is disappointing that despite its vibrant entrepreneurial environment, Africa is not creating new competitive brands to meet the needs of its growing consumer market,” said Thebe Ikalafeng, Founder and Chairman of Brand Africa and Brand Leadership.

He said the rankings are an important metric of and challenge for creating home-grown competitive African brands that will transform the African promise and change its narrative and image as a competitive continent.

“African brands have an important role in helping to build the African brand,” Ikalafeng added.

Meanwhile, Nigeria’s Dangote Group has for the second year emerged as the most admired African brand of African origin, ahead of the telecommunication giant, MTN.

Anthony Chiejina, Group Chief Corporate Communication Officer of the Dangote Group, said the company believed only Africans can develop Africa, which gives them a stronger sense of relevance in all the countries it has operations.

The Brand Africa 100 rankings are based on a survey among a representative sample of respondents 18 years and older, conducted in 25 countries across Africa. These countries account for an estimated 80 percent of the continent’s population and 75 percent of the gross domestic product (GDP).