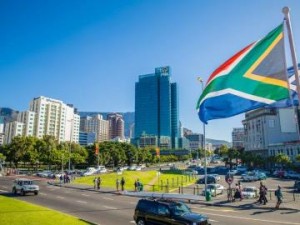 by MTHULISI SIBANDA
JOHANNESBURG – AFRICAN governments and the private sector must adopt relevant, homegrown solutions as well as keep abreast with modern technology trends in the quest to build smart cities.

“We need to really begin to understand that even when we talk about smart cities we see all these pictures of how the future city is going to be … that it’s going to look like Dubai,” she said in an interview with CAJ News Africa at the just-concluded inaugural Exponential Finance Summit, organised by SingularityU South Africa, in Cape Town.

“My argument is, that’s a limited imagination,” Karuri-Sebina, who is an associate at the South African Cities Network, said.

“The African smart city of the future is not going to look like a city somewhere else,” she continued.

Karuri-Sebina was forthright as to how the continent was faring to the rest of the globe in the journey towards the smart city.

“I think it (Africa) is not very smart because in countries where there are interesting things happening, they have responded to their own conditions. We tend to be a taker of smart concepts of smart that come from elsewhere and don’t respond to our conditions,” she said.

“If you look at smart in Barcelona, smart in Vienna or smart in Singapore, it would be in response to their physical conditions. Here in Africa, it’s a vendor-led approach. People come with technology and assure you, you will be smart. I don’t think that smart at all,” the expert said.

She attributed the sloth in realising smart cities locally to outdated institutions and archaic governance.

“We have to look at our institutions. Largely, we have old-fashioned institutions that have a logic of their own, certain orthodoxies and dogmas and we have maintained them. We tend to do the same things instead of looking at how we can change,” Karuri-Sebina said.

“Governments in a way are a little bit stuck,” she said.

“They have been part of how our cities have evolved and they play a particular role of almost the gatekeeper. They are the regulator. They are there to maintain the status quo than to change things often.”

She nonetheless pointed out African cities had the potential to be smarter.

“…but that requires a different approach by our tech/private sector to be creative and our governments to be smarter how they procure, understand and insist on what smartness means in our context.”

Karuri-Sebina noted breakthroughs made by the South African municipalities of Cape Town, Johannesburg and Pretoria/Tshwane in ‘smartening’ their cities, but noted how inconsistencies had marred the progress.

The expert noted that while the two other cities, both in Gauteng, had made progress in availing WiFi at public cities, for example, other aspects of the smart city concept, such as the public transport system, were inept.

“I worry for example when a city says ‘we are smart because we deployed CCTV cameras across the city to address public safety.’ I don’t feel safer because there are CCTV cameras everywhere. I want us to address the root cause. Can we not use tech to hide the problems?” she quipped.