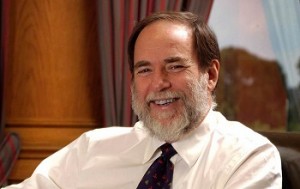 by MTHULISI SIBANDA
JOHANNESBURG – TWO of South Africa’s wealthiest families have pledged a total of R2 billion (US$112, 2 million) to assist local small businesses and their employees affected by the coronavirus (COVID-19) pandemic.

The families of Johann Rupert and Nicholas Oppenheimer made the commitment of R1 billion each.

President Cyril Ramaphosa disclosed the pledges on Monday as he addressed a nation gripped by panic amid the worsening COVID-19 crisis.

The scourge is set to worsen the woes of an economy that was already struggling to create jobs and was slumping before the advent of the virus at the end of 2019.

South Africa has confirmed over 400 cases in recent weeks.

“Our country finds itself confronted not only by a virus that has infected more than a quarter of a million people across the globe, but also by the prospects of a very deep economic recession that will cause businesses to close and many people to lose their jobs,” Ramaphosa said.

He announced a number of measures adopted by government and stakeholders to cushion businesses and workers as well as the general public from the economic ramifications.

Among other measures, government will provide a tax subsidy of up to R500 per month for the next four months for those private sector employees earning below R6 500 under the Employment Tax Incentive.

The Department of Small Business Development has made over R500 million available immediately to assist small and medium enterprises that are in distress through a simplified application process.

The Industrial Development Corporation (IDC) has put a package together with the Department of Trade, Industry and Competition of more than R3 billion for industrial funding to address the situation of vulnerable firms.

The Department of Tourism has made an additional R200 million available to assist SMEs in the tourism and hospitality sector who are under particular stress due to the new travel restrictions.