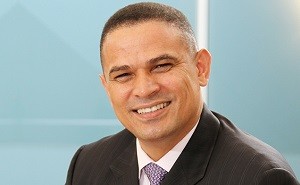 by AKANI CHAUKE
JOHANNESBURG – CUSTOMERS have been urged to migrate from copper-based to fibre infrastructure by end of November citing connectivity challenges brought by cable theft and speed limitations of copper infrastructure.

Initially, the deadline for migration was set for end of August but was subsequently moved.

“From end November 2020, we hope to welcome consumers on to the faster, leading-edge fibre technology,” said Althon Beukes, Chief Executive Officer of Openserve.

“Openserve will stop supporting and maintaining all copper network infrastructure in areas already covered with our fibre network,” the executive added.

Beukes encouraged consumers to contact their internet service providers and check whether their area was one of the many areas already upgraded.

“We are working closely with our partner ISPs in ensuring that no one is without connectivity and has been migrated to our fibre infrastructure,” the official assured.

Openserve is the wholesale business unit of Telkom.