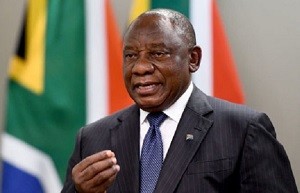 by SAVIOUS KWINIKA
JOHANNESBURG – PRESIDENT Cyril Ramaphosa has bemoaned the impact of the coronavirus (COVID-19) and the lockdown on South African media.

He thus appealed for support to the industry as the country rebuilds its economy after months of decline because of the pandemic.

“Given the importance of the media to the health of our democracy, it is a great concern that like all other sectors of the economy, the coronavirus crisis has hit our media houses hard,” Ramaphosa said.

He disclosed some publications lost as much as 60 percent of their income in the early days of the lockdown.

A number of companies have had to implement salary cuts, reduce staff numbers or reduce hours worked.

“Regrettably, some publications have even been forced to close, among them some of South Africa’s most established and well-known magazine titles,” Ramaphosa lamented.

He added the job losses that had resulted from the lockdowns have exacerbated a crisis for media companies already facing challenges like loss of advertising revenues, falling circulation and market share being taken by mobile-first news and other technologies.

“These financial difficulties are being faced across the board, from online titles to traditional broadsheets to the public broadcaster,” Ramaphosa said.

The president highlighted this was one of the issues that was raised sharply during his engagement with the South African National Editors’ Forum (SANEF) last week.

He praised media for working hard to refine business models and drive innovation as well as to retain staff as much as possible.

However, Ramaphosa reiterated that society, including the private sector, owed the media its full support.